Tom’s Tutorials For Excel: Summing Only Positive or Negative Numbers

Tom’s Tutorials For Excel: Summing Only Positive or Negative Numbers

In a list that contains positive and negative numbers, here are formulas that can sum those numbers in different ways, depending on the nature of your project.

Based on the picture: 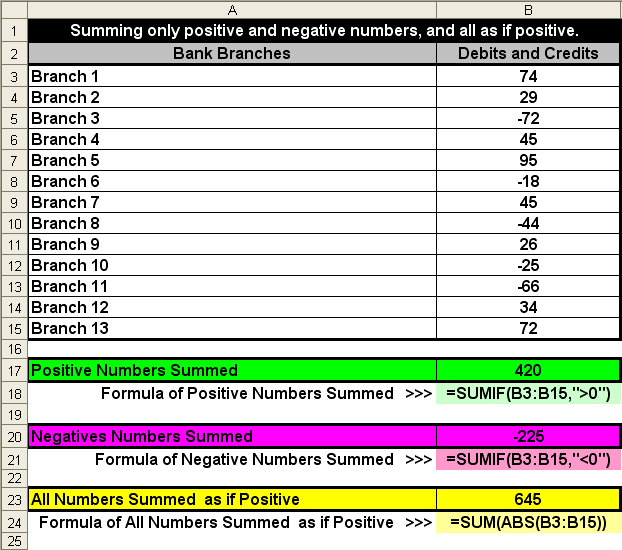